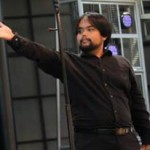 Jonathan Bautista received his Bachelor of Arts degree, Magna cum Laude, as well as the Barbara Troxell Vocal Music Award from Cornell University in 2009. At Cornell, he was mentored by Scott Tucker and Holland Jancaitis and had the privilege of handling conducting, administration, and repertoire selection duties for the Cornell Glee Club and the Cornell Chorale. Jonathan was also a founding director of Cornell’s undergraduate new music collective, Contrapunkt. Jonathan has appeared as a conductor with such groups as Choral Chameleon and the New Amsterdam Singers in New York City, the St. Cecilia Chorale of Holy Family Catholic Church, and the Cherubim and Archangel Children’s Choirs of Holy Family Grade School in Glendale, CA. He is also a two-time Berkshire Choral Festival scholar. He has appeared as a professional bass vocalist for choral groups and church choirs in New York, New Jersey, Philadelphia, and Southern California. Jonathan is currently director of music at Christ the King School, where he conducts the Christ the King Pueri Cantores choir and teaches courses in music history, music theory and musicianship, and musical theater. He was also chorus master for Celestial Opera Company’s double-bill production of Cavalleria Rusticana and Pagliacci. 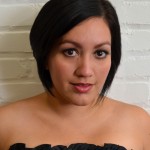 Soprano Yayra Sanchez will be developing Nova’s new recital series, born out of the necessity for Nova’s singers to showcase their individual voices on a Nova stage. The recital series under Yayra’s direction will feature vocal solos, duets, trios, quartets, short opera scenes, all accompanied by piano, violin, or a combination of chamber instruments, with music written by living composers, including the singers themselves, of contemporary classical music, jazz, and musical theater. Instrumental solos, such as piano and violin pieces, will also be featured.

Season at a Glance

There are no upcoming events at this time.